What Exactly Did We Agree To: A Reminder of the Principles of Interpretation of Commercial Transaction Agreements

The parties, Tuckamore Holdings LP (“Tuckamore”) and Brompton Corp. (“Brompton”) entered into a purchase agreement where Brompton purchased the Tuckamore business (the “Agreement”). The Agreement involved an exchange of securities held by Brompton to Tuckamore, which resulted in Tuckamore becoming a minority shareholder in Brompton.  A term of the Agreement also included a written representation and warranty from Brompton to the benefit of Tuckamore regarding tax pools (“Tax Pool Term”). The Tax Pool Term read as follows (para 4):

The Purchaser represents and warrants as follows to the Vendor and acknowledges and confirms that the Vendor is relying on such representations and warranties in connection with the sale by the Vendor of the Purchased Securities:
….
(l)  Taxes.  Immediately prior to Closing and after giving effect to the transactions contemplated by this Agreement, the Purchaser will have tax pools as described in the Purchaser Disclosure Letter.  [Bold in original.]

However, after the execution of the Agreement and the Second Agreement, the Canada Revenue Agency (“CRA”), rejected Brompton’s attempted use of the tax pools to reduce its taxable revenues for the 2009-2013 taxation years.  In the spring of 2015, the CRA assessed Brompton for approximately $11.8 million in additional taxes, interest and penalties.  Brompton challenged the CRA assessment.

Tuckamore rejected Brompton’s claim, relying on the Tax Pool Term’s representation and warranty that the tax pools would be available for the closing transaction tax utilization.  Tuckamore’s position was that since the CRA has prohibited the tax pool use, Brompton has breached the Tax Pool Term representation and warranty and as such, cannot rely on the Tuckamore Indemnity Term.

Brompton brought a motion for summary judgment seeking indemnification from Tuckamore. The motion judge was tasked with interpreting the Tax Pool Term.

The motion judge held that the Tax Pool Term did not give Tuckamore a representation and warranty that the tax pools would not be subject to a future tax assessment by the CRA. Rather, the motion judge found that with regard to the circumstances and a plain meaning reading of the Tax Pool Term, it did not make commercial sense that Brompton would provide Tuckamore with a guarantee as to how the CRA would assess the use of the tax pools in the future.

The issue for the Court to consider was whether the motion judge erred in his interpretation of the Tax Pool Term of the Agreement.

THE ONTARIO COURT OF APPEAL’S DECISION

The Court found that Tuckamore has failed to identify either an extricable error of law or a palpable and overriding error in the motion judge’s interpretation of Tax Pool Term for the reasons that follow.

First, the Court noted that the motion judge correctly used the interpretative principles set out in Sattva Capital Corp. v. Creston Moly Corp., 2014 SCC 53 (“Sattva”), in his interpretation of the Tax Pool Term. Sattva states, “the principles of contractual interpretation are applied to the words of the written contract, considered in light of the factual matrix” (para 11 citing Sattva at para 26).

Next, the Court noted that the Agreement was far from a standard form contract. Moreover, that both Tuckamore and Brompton were sophisticated parties who during the negotiations of the transaction were advised by legal and tax advisor professionals. The Court agreed that the motion judge was required to consider the commercial context in which the Agreement was formed, the surrounding circumstances that were known or ought to have been known to the parties at the time of contract formation, and the language of the Agreement. Again, the Court noted that Sattva instructs that interpreting a contract required “the intent of the parties and the scope of their understanding” (para 15 citing Sattva at para 47). The Court took the view that the motion judge’s interpretation exercise was precisely in line with the principles from Sattva.

More specifically, while Tuckamore argued that the motion judge failed to consider and to situate Tax Pool Term in the overall context of the transaction between the parties, the entire Agreement, and other documents between the parties with respect to the Agreement that followed, the Court could not find a basis for this argument. The Court held that the motion judge’s reasons reveal that he was aware of the Tuckamore Indemnity Term and the other transactional documents Tuckamore relied upon.  The Court stated that they saw nothing in the motion judge’s reasons to support the assertion that he failed to consider these indemnities and the Agreement as a whole when interpreting the meaning of Tax Pool Term and its scope.

The above discussion is a reminder of the importance of contractual interpretation principles. More specifically, commercial agreements will not be interpreted in a vacuum: the factual context, position and sophistication of the parties as well as commercial realities that surround the transaction will all be considered. The Ontario Court of Appeal’s decision is a reminder of the importance of parties clearly documenting and demonstrating their intentions and future considerations when entering and negotiating into transactional agreements.

PrevPreviousSticking it Out: Consequences and Cautions regarding Resignation
NextWhat is a Newspaper? Online Articles Under the Libel and Slander ActNext 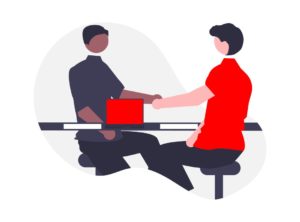