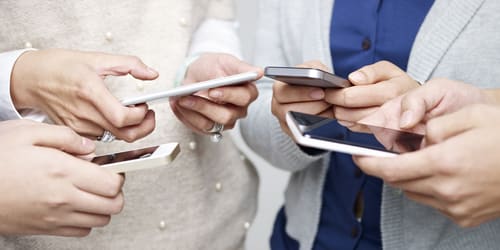 After getting fired for flipping off Trump’s motorcade last year, former government contractor, Juli Briskman, is suing her ex-employer. Briskman was riding her bike on a Saturday last October when she was photographed giving Trump the middle finger. Her face was not shown in photographs, but the image soon went viral with Briskman using it as her cover photo on Facebook. She claimed responsibility as the woman in the photo on social media and admitted the same to her employer, Akima LLC, a US government contracting firm. Briskman was soon fired for violating a “code of conduct policy”.

Albeit an American case, Canadians, too, have been fired from their respective jobs for negative press following public behaviour. In 2015, a Toronto FC fan made the news when he heckled a female reporter with misogynist remarks. He was subsequently fired from his high-paying Hydro One job. A year later, the infamous spectator who threw a beer can at an opposing player during a high-stakes Jays game was fired from his Postmedia job.

In all three cases, employees were fired from their jobs for their off-the-clock very public behaviour.

In Ontario, an employer can terminate an employee, given reasonable notice (or pay in lieu), for any reason, as long as it isn’t discriminatory or in violation of some statute. To fire an employee for cause, without notice or pay, an employer must have good reason to terminate. Employees found guilty of lying, stealing, falsifying records, breaching company policy or code of conduct, etc. could be terminated for cause.

In Juli Briskman’s case, her employer could fire her for cause for violating their code of conduct policy.

Employers should consider updating policies, and ensure staff are aware that any negative public and online behaviour could potentially affect their future employment.

As job hunters need to be conscious of their public and online presence when looking for work, those already employed should also be mindful. As representatives of the companies for which you work, any public display of negative behaviour or vulgarity could be seen as “bad press” that could potentially harm the reputation of your employer. Even something as seemingly simple, and, perhaps, justified, as flipping off your president could mean the end of your employment.

PrevPreviousI am planning on going on parental leave in the near future. What do I need to know?
NextIndependent Contractor or Employee?Next