Employee entitlement to emergency or bereavement leave. What happens when a pet dies? 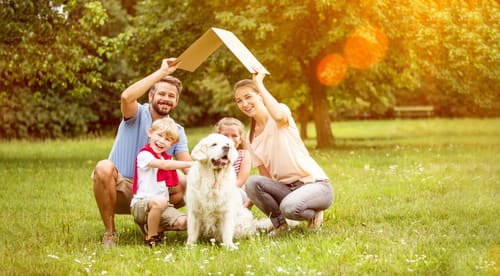 In July 2018, a woman in Montreal was unsuccessful in her complaint filed with Quebec’s labour tribunal. She had complained to the tribunal that her employer had refused to allow her to take paid leave after the unexpected death of beloved pet cat. The tribunal ruled that there were no laws in Quebec that would allow an employee to miss work due to the death of a pet and, as such, the employer was not required to allow her paid leave.

Unfortunately, the laws in Ontario as in Quebec do not acknowledge a pet owners special relationship with their pet. Ontario fails to set out or specify in any work-related or employment legislation that employees may take either emergency or bereavement leave due to a pet.

In today’s world, it is common that people treat their pets as a member of the family. In many cases, pets will live well over 15 years and, as such, the relationship between a human and their pet has lots of time to grow. So what happens when a pet dies or gets sick? Pet owners can be devastated by such an occurrence and grieve the loss as they would grieve for a human member of their family.

Employees in Ontario may take up to 10 days of protected leave due to death, illness, injury or other urgent matter related to a spouse, parent, step-parent, foster parent, step-child, foster child, grandparent, step-grandparent, grandchild, step-grandchild, daughter-in-law, son-in-law, brother or sister. Interestingly, this list is rather arbitrary, as it does not include other people such as an uncle, aunt, cousin or even a friend.

In addition to the above, family status is a protected ground from discrimination under Ontario’s human rights legislation. This means that employers must accommodate certain familial obligations that their employers may have unless that accommodation would result in “undue hardship” to the employer. For instance, a common form of accommodation that employers often make is changes to an employees work schedule to order to work with the employee’s childcare obligations.

Employees have only the possibility that perhaps their employer may have a company policy that would include an entitlement for leave days related to pets in addition to other family members. An employer may find that it is beneficial to ensure that their company policies related to leave entitlements to have some flexibility despite that they law does not require them to do so. For instance, a person may be close with their best friend, aunt and uncle or pet and be devastated if these individuals were hurt, injured or passed away. They would be out of luck if they expected the law to entitle them to leave because they would not be entitled to leave in Ontario. That same individual may not be particularly affected by a death of a step grandparent and yet in that instance, they would be entitled to leave.

Perhaps it may be time for Ontario to change so that it has some flexibility when it comes to protected leave due to the death, illness or injury of another person (or pet). The purpose of the law is so that the employee has time to either grieve or assist in the illness for someone they are close with. What should it matter if the person takes leave for the death of a beloved pet or best friend rather than for a step grandparent?